From Cairo with an aching heart 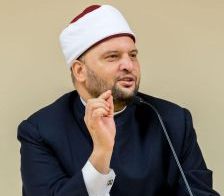 There is no religion worthy of the name that does not regard as one of its highest values the sanctity of human life. Islam is no exception to this rule. Indeed, God has made this unequivocal in the Quran by emphasizing the gravity of the universal prohibition against murder, saying of the one who takes even one life that “it is as if he has killed all mankind.” Islam views murder as both a crime punishable by law in this world and as major sin punishable in the Afterlife as well. Prophet Mohammad said, “The first cases to be decided among the people on the Day of Judgment will be those of blood-shed.”

It is thus with great sadness and outrage that we have witnessed the emergence of this ruthless bloodshed  in our nation with the recent bombings of churches in Tanta and Alexandria that killed tens of Egyptian citizens. There is no doubt that such barbarism needs to be denounced in the strongest of terms, and opposed at every turn.

Just as importantly, we must counter the deviant beliefs that underpin such gross transgressions. Despite their confused claims, terrorists are miscreants who have no legitimate connection to the pure Islamic way, whose history and orthodox doctrine are testaments to the Islamic commitment to tolerance, compassion and peace. The Quran is clear that “God has honored the children of Adam.”

Islam therefore makes no distinction among races, ethnicities, or religions in its belief that all people are deserving of basic human dignity. Furthermore, Islam has laid down justice, peace and cooperation as the basic principles of interaction between religious communities, advising Muslims that the proper conduct towards those who do not show aggression towards us is to act with goodness and justice. Indeed, this is the way of the true Muslim, for “God loves the just.”

As in all matters, the Prophetic example is the best of all models. The Prophet considered non-Muslims and Muslims as participating in a social contract which was inviolable. The promise of a Muslim is sacrosanct, for as he said, “Whoever unjustly persecutes one with whom he has an agreement, or short-changes his rights, or burdens him beyond his capacity, or takes something from him without his blessing, I myself will be an argument against him on the Day of Judgement.” What sort of Muslim could it be that not only deprives himself of the intercession of the Prophet of God in front of his Lord, but indeed puts himself at odds with him?

This act of terrorism was an affront to all Egyptians. It must not be used to sow discord in a country where Christians and Muslims have lived together in peace for centuries. It is vital for the peace of the region and wider world that the place of all religious communities and their full participation in society should continue to be fully protected and assured. We therefore welcome the firm resolve and assurances of all those in authority to make sure this will continue to happen.

All Egyptians stand united against such behavior. Sectarian conflict is unbeknownst to Egypt, and those individuals who seek to use this as a pretext to stoke sectarian tensions need to be opposed in every way possible. At such a sensitive moment, we Egyptians must remain united. We must continue to treat each other with the goodness and respect that has long characterized Egyptian society.

My heart, my thoughts, and my prayers go out to the families who lost their loved ones. We offer our deepest and sincerest condolences to the families of the victims and pray for the speedy recovery of the wounded. We demand that the perpetrators be brought to justice and stand trial.