Towards a Shared African Future 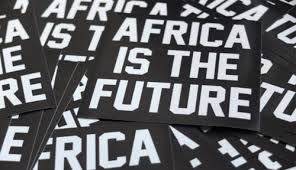 Each year, Africa Day presents us with an opportunity to reinforce our unity, celebrate our diversity, and contemplate the challenges that face us as Africans. Over the past years we have watched Africa progress before our very eyes, from a continent plagued by myriad difficulties to a land of promise and prospects. In the Egyptian constitution, the document that defines our nation, Egypt’s African identity is solidified. As Egyptians, we are proud of our African roots and share the dreams and ambitions of our African brothers and sisters. Today, Africa commemorates its efforts to unite and move forward, and looks ahead towards a future of mutual support, benefit, and growth.

Despite the strides taken forward, the last few years have been difficult for Africa; deadly viruses have spread across the continent and many conflicts burn on. Egypt strongly believes that stability is crucial for Africa to thrive. That is why we have given our active membership in the African Union Peace and Security Council (AUPSC) great priority, in order to do everything in our power to help our continent overcome the challenges it faces. Egypt takes the responsibilities of its membership in the AUPSC extremely seriously, and works diligently to ensure that the trust placed by the African community in our ability to contribute to regional peace and security is well-justified. Egypt has been heavily involved in peace negotiation processes across Africa, and our presence on the ground in conflicts is reflected by the hundreds of Egyptian personnel integrated in peacekeeping missions throughout the continent, who protect African civilians and support national efforts towards economic recovery. In assuming such responsibilities, Egypt is careful to fully respect and adhere to the right of each country to make independent decisions regarding its internal affairs, a principle that holds unique significance in our continent.

We have also strived to ensure that Africa’s voice reaches the international community, and that the continent’s issues are given priority in international fora. Following Egypt’s successful bid for a non – permanent seat in the United Nations Security Council (UNSC), Egypt has become one of the three African States in the Council, and we have done our utmost to speak on behalf of Africa along with our African partners in the Council, and to bring attention to African needs and concerns. In this framework, Egypt also campaigned to chair the Committee of Heads of State and Government on Climate Change (CAHOSCC) during a critical point in global negotiations on climate change and the post-2015 development agenda, so as to guarantee that the needs of Africa will not be ignored. The impact of climate change represents an urgent and irreversible threat to human societies. This is especially true in Africa, with the effect of climate change on the Sahara/Sahel desert, the drying up of the great Lake Chad, and more severe and frequent droughts in Southern and East Africa. Such a threat cannot be allowed to escalate uncontested, and Egypt has worked and continues to work within the context of international efforts to mitigate the negative effects of climate change.

As we work together to bring about peace, security, and prosperity to our peoples, circumstances sometimes present us with unforeseen challenges which necessitate their own set of measures and efforts. One such challenge is the Ebola virus, which was widely discussed on the agenda of both the AUPSC and the African Union. Egypt was greatly concerned by the spread of the virus in West Africa and the devastation it brought to the people of the region, and provided donations to combat the phenomenon. Egypt also initiated the establishment of the Endemic and Communicable Diseases and AIDS Center in Africa, in order to ensure that our continent is better prepared to deal with such contingencies. Today, the Ebola crisis has been greatly diminished, and Africa is better-equipped to combat such diseases.

Parallel to our efforts to overcome the challenges facing Africa, we have given great priority to developmental efforts seeking to bring prosperity to Africa and improve the livelihood of its peoples. Egypt currently chairs the African Union’s Multilateral Sub-Committee, working side-by-side with African member states to develop partnerships with Non-African countries. The efforts of the sub-committee allow partners to mutually benefit from each other’s experience and comparative advantages in order to overcome their obstacles. Egypt is also keen to share its experience with other African countries with the goal of mutual benefit and progress towards a shared vision. Egypt is currently in charge of the agricultural file in the New Partnership for Africa’s Development (NEPAD), one of the most essential files for the continent, and one in which Egypt has valuable experience that can hopefully be employed for the benefit of the continent and its people. Most of Africa consists of fertile lands, and it is thus essential to develop our agricultural sector, which will have a tremendously positive impact on African economies and contribute to job-creation and growth. Egypt also endeavors to place its expertise at Africa’s disposal through the Egyptian Agency of Partnership for Development (EAPD), an affiliated body of Egypt’s Ministry of Foreign Affairs. The main aim of the agency is to offer assistance by Egyptian experts and consultants to other African countries, but it also grants humanitarian assistance to countries that suffer from droughts and famines.

As we look to the future, we must recognize that the prosperity of Africa is in the hands of the coming generations. All of our efforts are merely laying the groundwork, so that our youth will have a solid foundation to build upon and truly realize this continent’s glorious potential. Consequently, the most fruitful investment we can make is in our youth and their education. Egypt is keen to offer scholarships to thousands of African students to enroll in Egyptian universities, some of which top university rankings in Africa. Our aim is to provide African students with the best education possible, so that they may return to their countries to benefit their nations with the knowledge they acquire. The true cornerstone for the development of the continent is the education of Africa’s future generations.

Africa’s history is rife with incomparable struggles, but it is these struggles and our ability to overcome them in the face of all odds that have truly come to define us as Africans. The exceptional challenges that we have faced and conquered have endowed us with inimitable resolve and strength of character, and through it all we have persevered and progressed by tapping into that infinite resource that is so uniquely African: undying hope. Today we remember our great triumphs and learn from our failings, and we contemplate current challenges and opportunities. But more than anything, today we look to the future with hope for Africa.